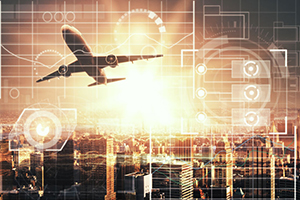 What is a decrease in the trade deficit and what does it mean for U.S. Jobs Numbers?

Businesses involved in international trade were pretty happy recently when the Commerce Department announced that the total July exports of $198.0 billion and imports of $238.6 billion resulted in a goods and services deficit of $40.5 billion, down from the $40.8 billion in June.

More specifically, July imports were $1.6 billion more than June imports of $237.0 billion. This is the lowest deficit since January. Overall, the Commerce Department has reported that the growth in exports has steadily outpaced the growth in imports during the month of July, which has resulted in the narrower deficit.

A trade deficit occurs when the value of a country’s imports is greater than the value of its exports. This means that the country’s balance of trade is negative. This economic indicator is monitored by international and domestic businesses alike. The numbers themselves don’t reveal much: it simply shows that a country imports more than it exports. However, when considered in the context of other economic indicators and the general business environment, it can be an indication of an economy’s health and help businesses identify and react to the international trade environment.

A deficit is in some ways positive: it can indicate that residents of a country have enough money to buy more than the country produces. The negative side of that fact is that it is linked to increased outsourcing of jobs. This is due in part to more citizens buying goods that are imported instead of domestic imports, often because of cheaper prices. As a result, domestic businesses in this country lose business and are no longer able to produce goods that are competitive with goods produced by China and India. For this reason, many leaders propose reducing the trade deficit so that domestic jobs can increase in the country.

Though the trade deficit has narrowed by only a small amount; it is exciting news for the U.S., which has been holding a consistent trade deficit since 1980. Historically, the U.S trade deficit was due to high imports of oil and consumer products such as iPhones, toys and other products imported from countries such as Asia and India. There is not much that the U.S. can do when most of its products are imported from foreign countries. Look at the products that lie around you and try to find the “Made In…” sticker, and you’ll most likely find yourself surrounded by products that have been imported.

This recent trade deficit has been largely perceived as a positive sign for the US economy, particularly for exporters since the decrease has been attributed to an increase in the export of goods and services, not a decrease in imports. According to the U.S. Census Bureau, the following categories of goods all saw increases in exports: automotive vehicles, parts and engines by $1.7 billion; industrial supplies and materials by $1.3 billion; capital goods by $0.4 billions; and foods, feeds and beverages by $0.6 billion.

If you found this article interesting, there’s a good chance you’re involved in international business of some type. Let the attorneys at Whitcomb Law, P.C. navigate the legal environment for you so you can focus on keeping up with industry news and running your business.