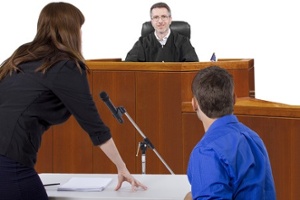 In DekaTron Corporation v. United States, 128 Fed. CL. 115 (2016), DekaTron, an Service Disabled Veteran Owned Small Business (SDVOSB) incorporated in Delaware, was awarded a U.S. Department of Labor’s (DOL) contract on September 22, 2010, for an indefinite delivery and definite quantity (society IQ) contract. The contract involved a base year and for one-year option periods for the provision of technical support services. DekaTron Corporation alleged bad faith in the government’s failure to exercise an option year in a government contract and sought damages of $4.9 million including $3.7 million for profits and $1.1 million for leases, furniture, supplies, and other obligations. DOL, the defendant in this case, filed a motion for dismissal for failure to state a claim.

After DOL failed to exercise the third option year, DekaTron filed a complaint alleging sexual, racial, and religion based harassment, which when investigated by the Department of Labor was found to be in violation of the DOL’s “Harassing Conduct Policy.” The decision from the US Court of Federal Claims (COFC) also indicates that the contracting officer’s representative (COR ) “routinely held up the processing of DekaTron’s invoices, applied penalties without discussion or investigation, and insisted on removal of labor hours.” 128 Fed. CL. 115, pg.  117. Also, the COR, Mr. Andrew Rider, falsely represented himself as DekaTron’s program manager and signed a contract with another company obligating services on behalf of DekaTron. (Id.)

During the performance of the contract, DekaTron alleged that the COR refused to communicate with DekaTron and was eventually removed, but became his replacement’s supervisor. DekaTron eventually petitioned the DOL for alternative dispute resolution, which the DOL rejected. It also took its complaints to the DOL’s task order and delivery order ombudsman, which the ombudsman acknowledged receiving, but did not act upon until after the DOL refused to exercise the third option. Rather than exercising the third option and without informing DekaTron, the DOL issued a new solicitation on the GSA Federal Supply Schedule. DekaTron alleged that the DOL knew it was not on the FSS and listed the procurement on the FSS in order to exclude DekaTron.

Parallel to this case, DekaTron had filed a claim with the Civilian Board Of Contract Appeals, which the party settled, but which did not resolve the conflict at the COFC. DOL filed a motion to dismiss DekaTron’s complaint for “failure to state a claim upon which relief can be granted.”

Must Show Intent to Injure

In its motion to dismiss, the Government argued that DekaTron failed to allege sufficient facts to connect the COR’s bad behavior and alleged animus to the government’s failure to exercise the third option period. The government further alleged that the DOL acted in good faith when it replaced Mr. Rider as the COR and that failing to exercise an option and obtaining the same services under a different contract are not alone sufficient to establish bad faith.

DekaTron Said It Met That Burden

DekaTron responded that it had alleged sufficient facts to withstand a motion to dismiss by alleging “that the contracting officer failed to exercise independent judgment or remedy Mr. Rider’s bad faith conduct.” (Id.) DekaTron further argued that the Court  could infer that Mr. Rider still played a role in administering DekaTron’s contract task orders, because Mr. Rider was his successors supervisor and continued to be copied on all correspondence. DekaTron also argued that the agency’s decision to solicit under the FSS was done deliberately to harm DekaTron, because the contracting officer knew that DekaTron was not on that schedule.

The Court responded that DekaTron had alleged sufficient facts to “plausibly show entitlement to relief.” (Id.) Judge Nancy Firestone held that Mr. Rider is the COR and supervisor for his replacement may have acted with animus toward DekaTron. The Court found these allegations were supported by the EEO findings. The decision reads “While bad faith is very difficult to establish, and damages may be challenging to prove, it has been done in several cases.” (Id., pg. 120). Judge Firestone determined that the seriousness of the allegations of improper conduct of discrimination, which were confirmed by the DOL's EEO were sufficient to rule that the plaintiff deserved an opportunity to prove its case.

If you are small business with a problem with your government contract, please contact the experienced attorneys at Whitcomb, Selinsky Law PC to help you resolve it.  Call (303) 534-1958 or complete an online contact form.