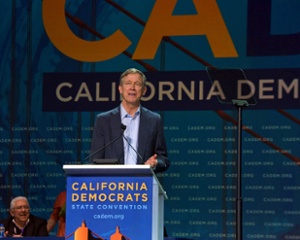 Now that you know what Political Action Committees (PACs) can do and have been doing, are you curious as to how to start one? According to the Federal Election Committee (FEC) website “An individual or group can set up a "nonconnected committee" when it wants to set up a political action committee (PAC), and that PAC is not one of the following:

What Is a Nonconnected Committee?

The dictionary defines nonconnected as this:  Adjective (not comparable) (of a political action committee) Not connected with any other organization. (mathematics) Not connected: having more than one connected component.

For FEC purposes if a group of people gets together to pool their money and it exceeds $1,000 for either contributions or expenditures for a candidate, they have 10 days to register to become a PAC by filing a statement of organization with the FEC.

What Are the First Steps?

The name of the bank must be listed on the PAC’s Statement of Organization. This is a five-page document that asks a lot of questions about the organization.  The same form can be used to register committees set up to support or oppose candidates.

You’ll need to have a Treasurer to sign. You only need to fill out Section F on Page Two.

On Line Six, you’ll provide the names of any affiliated committees.

On Line Seven, you’ll provide the name and address of the Custodian of the PACs records.  You may also need an agent to act in place of the Treasurer.

Provide the name and mailing address of the bank where the federal funds are deposited.

In order to open a bank account, you must have a taxpayer identification number that you’ve obtained from the Internal Revenue Service (IRS).

Political committees may obtain an Employer Identification Number (EIN) online or by completing IRS Form SS-4.  For questions about obtaining an EIN, contact the IRS at 1-800-829-3676.

Never, Ever Use Your Own Personal Social Security Number.

Treasurers Are Key to The PAC

Treasurers are very important to keep PACs out of trouble and you can’t raise money until a Treasurer is designated. The Treasurers ensure committee reports and statements are complete, accurate and timely. If the FEC decides to pursue any type of enforcement action against a committee by the FEC because of irregularities, the treasurer is usually the named respondent. Treasurers can be found officially and in some instances, personally liable for the actions they take.

According to the FEC, Treasurers perform these functions:

However, a candidate can choose to act as his or her own committee treasurer. PACs must report a change in treasurer within 10 days of the change and can do this by filing an amended Statement of Organization.

Super PACs are another type of nonconnected committee.

A hybrid PACs is another type of nonconnected committee.

Contributions to A Nonconnected PAC

An individual may make up to a $5,000 contribution to a PAC per calendar year.

Corporations and labor organizations are prohibited from making contributions and expenditures in connection with federal elections.  This prohibition applies to all types of incorporated organizations, except political committees that incorporate only for liability purposes.

According to the FEC, “These transactions described below result in prohibited corporate or labor contributions and should be avoided:

A corporation or labor organization may not reimburse individuals who make contributions to a political committee.

A corporate vendor may not extend credit to a political committee for a longer period of time than is normally practiced in the creditor’s trade. (Credit is permissible only if it is extended in the ordinary course of business.)

When a political committee fails to pay a debt owed to a corporate vendor within the time specified by the vendor, a prohibited contribution by the vendor may result if:

Any settlement of a debt between a creditor and a political committee for less than the full amount owed must comply with the debt settlement procedures prescribed by FEC rules.

If a corporation or labor organization sells goods or services to a political committee at a price below the usual and normal charge, a prohibited contribution results in the amount of the discount. A reduced price is not considered a contribution, however, if it is offered by the vendor in the ordinary course of business and at the same amount charged to nonpolitical clients.

If a corporation or labor organization pays for services rendered to a nonconnected committee, a prohibited contribution results. There is an exception, however, for legal and accounting services.”

Stockholders, officers, members or employees of an entity that is a federal contractor may, however, make contributions from their personal funds.”

A lot has been in the news recently about foreign nationals and our elections.  To be clear, foreign nationals are prohibited from making contributions, donations or expenditures in connection with any election—federal, state or local.

According to the FEC, foreign nationals may not donate to any party committee building fund or fund electioneering communications.

“The Act prohibits knowingly soliciting, accepting or receiving contributions or donations from foreign nationals. In this context, “knowingly” means that a person:

It is also unlawful to knowingly provide substantial assistance to foreign nationals making contributions or donations in connection with any U.S. election. “Substantial assistance” refers to active involvement in the solicitation, making, receipt or acceptance of a foreign national contribution or donation with the intent of completing the transaction successfully. This prohibition includes, but is not limited to, individuals who act as conduits or intermediaries.”[1]