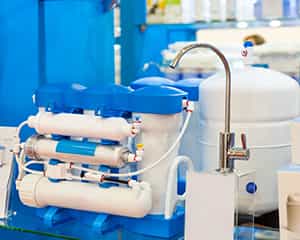 California’s Central Valley is home to fertile agricultural land, though it receives little rainfall. The federal government helped alleviate this problem by constructing irrigation and drainage projects to provide water to the region. A diverse group of plaintiffs sued the United States Bureau of Reclamation and San Luis & Delta Mendota Water Authority on the grounds that the drainage system discharged pollutants into the surrounding waters, violating the Clean Water Act (“CWA”). The plaintiffs appealed rulings by the district court in favor of the defendants.

The Central Valley Project (“CVP”) transferred water from the Sacramento River to southern regions of the Central Valley. Water projects that bring fresh water to agricultural areas must remove the salty water that remains after crops are irrigated away from the service area. The Grasslands Bypass Project (“the Project”) performed this necessary function, to prevent the leaching of selenium and salt-rich soils into the groundwater. The Project was “designed to collect and convey contaminated groundwater from lands adjacent to and upstream of the Drain to Mud Slough.” Both plaintiffs and defendants acknowledged the Drain discharges substantial amounts of selenium and other pollutants into the Mud Slough, San Joaquin River, and Bay-Delta Estuary.

The Clean Water Act requires government agencies to obtain a National Pollutant Discharge Elimination System (“NPDES”) permit before discharging pollutants from a point source into navigable waters of the United States. The dispute between the parties is whether the Drain’s discharges required defendants to obtain an NPDES permit, or whether the discharges were exempt from the permit requirements. Plaintiffs argued the district court erred in its interpretation of CWA § 1342(l)(1). Plaintiffs argued the district court erred by placing the burden of proof on the plaintiffs to show the Drain’s discharges were not exempt.

Plaintiffs argued the district court erred in interpreting the term “discharges…from irrigated agriculture.” In the pretrial order, the district court stated the plaintiffs bore the burden of proving that the discharges were not exempt from CWA’s permitting requirement. The U.S. Court of Appeals, however, agreed with the plaintiffs that the burden was on the defendants to prove the discharges were not covered by an exception to the NPDES. The appellate court cited the case N. California River Watch v. City of Healdsburg, 496 F.3d 993, 1001 (9th Cir. 2007), which held that once a plaintiff establishes the elements of a violation under the CWA, the burden to demonstrate an exception to the CWA is placed on the defendant.

The plaintiffs argued that the district court interpreted NPDES incorrectly. The district court stated that NPDES exempted discharges related to crop production from the CWA’s permitting requirement. However, the Court of Appeals noted that NPDES’ statutory text, its context, legislative history, and prior case law demonstrate Congress intended to define “irrigated agriculture” broadly. The Court of Appeals held that the district court’s interpretation of “irrigated agriculture” was accurate.

The defendants argued the district court’s errors were harmless because “the record contains no evidence of any discharge of pollutants unrelated to agricultural flows.” The U.S. Court of Appeals said that the erroneous interpretation of the word “entirely” was the but-for-cause of the dismissal of the Plaintiffs’ CWA Claim. The court found it reasonable to conclude that the plaintiffs would have proceeded to trial if the district court had interpreted “entirely” correctly. The defendants would have been required to “prove the discharges were composed entirely of return flows from irrigated agriculture.” The Court of Appeals held the erroneous dismissal of the plaintiffs’ other claims were also impactful. The defendants should have been required to show the discharges were composed entirely from irrigated agriculture. According to the Court of Appeals, even if there were a lack of evidence that demonstrated the discharges arose from activities unrelated to crop production, “it would not have been fatal to Plaintiffs.”

The United States Court of Appeals concluded the district court properly interpreted “discharges…from irrigated agriculture.” The Court of Appeals, however, found the district court erred when it interpreted “entirely” to mean “majority,” and when it placed the burden on the plaintiffs, instead of the defendants, to show the discharges were not covered under § 1342(l)(1) of the CWA. The Court also held that the district court erred by striking plaintiffs’ seepage and sediment theories of liability from their motion for summary judgment. For more information on this case or for assistance arguing your case against the government, contact Whitcomb Selinsky PC.
END_OF_DOCUMENT_TOKEN_TO_BE_REPLACED
0 Comments Click here to read/write comments 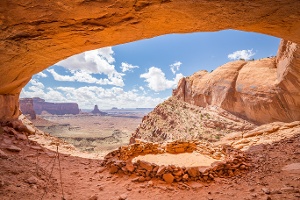 The Antiquities Act was signed into law by Theodore Roosevelt in 1906. The Act gives the President discretion to declare historic landmarks, historic and prehistoric structures, and other objects of historic or scientific interest that are owned or controlled by the federal government, to be national monuments.

Most recently, President Obama reserved 5,000 square miles of ocean and created the Northeast Canyons and Seamounts Marine National Monument (“the Monument”). The monument includes underwater canyons, and four extinct undersea volcanoes. The monument is home to ecosystems with marine flora and fauna.

The Monument lies in the U.S. Exclusive Economic Zone (“EEZ”), an area of U.S. coastal waters where it exercises jurisdiction under international law. The EEZ was created by President Reagan in 1983 by issuing a proclamation for the United States sovereign rights for exploring, exploiting, conserving, and managing natural resources of the seabed and subsoil and super-adjacent waters and with regard to other activities for the economic exploitation and exploration of the zone.

The district court dismissed the Associations’ claims and concluded President Obama acted within his statutory authority in creating the Monument. The Associations appealed the judgment to the United States Court of Appeals.

The Associations’ first argument is that the Monument is not valid because it “is not land, as that term is ordinarily understood.” The Court of Appeals however agreed with the district court’s assertion that the Supreme Court has held the Antiquities Act includes submerged lands and waters associated with them. In the case, Cappaert v. United States, 426 U.S. 128, 131, 96 S. Ct. 2062, 2066, 48 L. Ed. 2d 523 (1976), the Court concluded the Antiquities Act gives the President authority to reserve land, and in United States v. California, 436 U.S. 32, 98 S. Ct. 1662, 56 L. Ed. 2d 94 (1978), the Supreme Court held the President “had the power under the Antiquities Act to reserve the submerged lands and waters.”

The U.S. Court of Appeals also disagreed with the Associations’ argument that interpreting the Antiquities Act to allow ocean-based monuments would render the Sanctuaries Act a “practical nullity.” The Court of Appeals stated the two Acts are critically different. The Antiquities Act limits national monuments to the “smallest area compatible,” while the Sanctuaries Act permits marine sanctuaries to occupy an area of any size that will allow “comprehensive and coordinated conservation and management [of natural resources and marine life].” The court rejected a similar argument in Mountain States Legal Found. v. Bush, 306 F.3d 1132 (D.C. Cir. 2002), where the challengers’ arguments “missed the mark” because they misconceived “federal laws as not providing overlapping sources of protection.”

The U.S. Court of Appeals held in favor of the federal government on December 27, 2019. It held that the President had the authority to designate the national monument in the EEZ. If you have concerns over an environmental issue or would like more information about this case, please contact Whitcomb, Selinsky PC.
END_OF_DOCUMENT_TOKEN_TO_BE_REPLACED
0 Comments Click here to read/write comments

Maui, Hawaii’s second largest island, is home to world-famous beaches, humpback whales, and some of the most unique coral reef and aquatic life in the United States. Maui holds so much beauty and wonder that it has become the second most visited island of Hawaii.

Early this year, the U.S. Supreme Court decided not to hear a case by a group of Pennsylvania based Roman Catholic nuns who filed a petition for their religious freedom case to be reviewed. The nuns argued their rights would be violated if a natural gas pipeline crossed their land. The nuns were appealing the U.S. Third Circuit Court of Appeals decision sustaining the U.S District Court of the Eastern District of Pennsylvania's ruling that the nuns lacked standing to sue because of subject matter jurisdiction and because they hadn't raised their objection to the Federal Energy Regulatory Commission (FERC) when it permitted the pipeline.

The meaning of monetary sanctions came into question in the case of Epic Energy LLC. v. Encana Oil & Gas (USA) Inc. Epic Energy was held liable for environmental contamination and remediation failures of Encana by the Oil Conservation Division (Division of New Mexico. Epic Energy, LLC, a New Mexico company with its principal place of business in Colorado, entered into a Purchase and Sale Agreement (PSA) with Encana Oil & Gas (USA) Inc. The PSA was for Encana’s interest in oil wells and oil tank batteries in New Mexico with the effective date of July 1, 2016. Epic Energy entered into the PSA with Encana Oil & Gas  Inc. before the contamination occurred, leading to the argument of who was responsible for remediation costs and cleanup.

CO Fracking Ban Case Is Asked To Be Reopened

A Motion to Reopen a case filed by Colorado Rising for Communities and Our Health, Our Future, Our Longmont was granted in August 2019 by the Boulder District Court. The Motion to Reopen the case was to reinstate Longmont’s fracking ban. The original dispute was between the City of Longmont, Colorado and Our Health, Our Future, Our Longmont; Food & Water Watch; the Sierra Club; and Earthworks.

Are the Rio Grande Cutthroat Trout Endangered?  The Endangered Species Act (ESA) is a federal law designed to conserve and protect species like the Rio Grande Cutthroat Trout (Trout).  It is a trout species native to Southern Colorado and New Mexico and has undergone a significant decrease in its population over the last 150 years. This decrease is attributed to drought, habitat loss, invasive species, and its mating with other trout producing hybridized offspring.

A small community in Oklahoma settled a contamination issue created by Continental Oil Company (Continental) over 50 years ago. Continental, an oil company that is now part of ConocoPhillips after a merger with Phillips Petroleum Company in 2002, drilled 16 oil and gas wells in northwest Oklahoma City between 1935 and 1966. Eight of these wells were drilled in an area that now constitutes the Clifford Farms subdivision. The wells produced water containing salt with a concentration of 217,000 parts per million (ppm) that leaked and escaped into the Clifford Farms community. 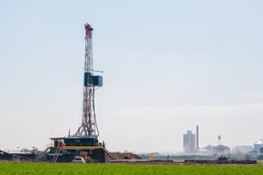 On March 27, 2019, Judge Babcock of the U.S. District Court in Colorado held that the environmental reviews conducted by the Bureau of Land Management (BLM) and the U.S. Forest Service (USFS) of proposed oil and gas drilling in the upper North Fork Valley were deficient. This case is Citizens for a Healthy Community et al v. United States Bureau of Land Management et al, No. 1:2017cv02519 - Document 53 (D. Colo. 2019). The suit was brought by the environmental organization's Citizens for a Healthy Community, High Country Conservation Advocates, Center for Biological Diversity, WildEarth Guardians, and Wilderness Workshop that sought review of BLM’S approval of a master development plan, USFS’ approval of certain natural gas wells, well pads, and related infrastructure, as well as both agencies’ approval of applications for permits to drill.

Fossil Fuel Case To Be Heard In CO State Court

On April 2018, local governments in Colorado filed a lawsuit against fossil fuel companies for harms from climate change. This case follows similar suits in New York and San Francisco that have sued major fossil fuel companies for climate change damages. The Board of County Commissioners of Boulder County, San Miguel County, and the City of Boulder brought a Colorado common law and statutory claim against SunCor Energy (U.S.A.) Inc., Suncor Energy Sales Inc., Suncor Energy Inc., and Exxon Mobil Corporation for injuries occurring to their property and citizens of their jurisdictions