Recovering from the Government for Negligent Estimates

Recovering from the Government for Negligent Estimates March 14, 2017 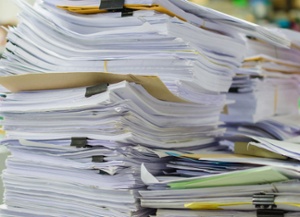 Historically, the DRMS had run their own reutilization, demilitarization, and reduction to scrap process, but began contracting the process in 2007.  Agility and two other contractors were awarded contracts of which Agility was awarded a contract to operate six facilities.  As part of the contract, awardees could sell any scrap they salvaged, without reservation, to offset costs.  As part of the solicitation and in response to requests for workload history and projections, DRMS provided a website link to historical data.

Before award, DRMS amended the solicitation to include a provision that contractors could renegotiate price if they experienced “an increased workload 150% above the workload it experienced the previous three months.”  The data cited as historical workloads came from two weeks in July 2007.  The contract Agility won began performance in March 2008.

Immediately upon commencing work, Agility began falling behind.  It inherited 70,000 line items, which was equivalent to 30 weeks of work when compared to the historical data.  After DRMS issued a letter expressing its concerns that Agility was falling behind, Agility increased its staffing by more than 50 percent.  However, when Agility sought an equitable adjustment, DRMS responded that the increase clause could not be invoked until Agility had experienced a 50 percent increase in workload over the previous three months.  In other words, because the workload estimates were too low from the beginning, Agility could not receive an increase from the contracting office.  Eventually, DRMS and Agility agreed to an increase if Agility or DRMS anticipated “an average monthly workload increase of scrap or line items at any DRMO location by more than 25% above the monthly average of [fiscal year 2008] scrap or line items received....”

Cancellation for Convenience and Claim

In 2010, Agility and DRMS canceled the contract for convenience and Agility filed two claims for $4.3 and $1.6 million respectively.  The CO awarded Agility on $263,363.93.  Agility pursued its claim at the Court of Federal Claims (COFC), which held that “DRMS's conduct was acceptable because it provided Agility with reasonably available historical data… [and] Agility provided no cause- and-effect links to isolate its damages.”  The Court also referenced the revenue Agility received from its scrap sales in ruling against Agility.

Agility appealed the COFC’s ruling to the U.S. Court of Appeals for the Federal Circuit.  The Court first held, “A contractor can recover damages from the government for increased costs it incurred in performing a contract under a negligent estimate theory, which requires the contractor to show by preponderant evidence that the government's estimates were “inadequately or negligently prepared, not in good faith, or grossly or unreasonably inadequate at the time the estimate was made.”

The Court of Appeals held that the COFC erred in two ways.  First, it ignored that DRMS provided more than just historical data, it also included charts of its estimated requirements.  Second, the information DRMS provided was not the most current.

The Court further held that “objective, historical data” does not necessarily equate to a realistic estimate. Agility demonstrated that DRMS had more than just the historical data. Namely, Agility presented a memorandum dated November 16, 2007, before the contract award, indicating DRMS was aware of planned troop movement and a “surge of equipment and material that will be turned over to DRMS as units depart.”  The memorandum explicitly stated that the anticipated surge was “[o]ne of the key reasons the contract was contemplated” and related “DRMS is not staffed or equipped to handle this requirement.”  The Court noted that DRMS considered the very information in deciding to award the contract to Agility.

The Court of Appeals ruled that, “because DRMS anticipated increased workload, simply providing offerors with historical workload was not the most current information available sufficient to provide a realistic estimate under FAR 16.503.”  DRMS should have based its estimate on its anticipated “surge” in workload.

Caution, there are no guarantees

Importantly, the Court ruled that Agencies are “not obligated to guarantee the accuracy of its estimates or perfectly forecast its requirements, and [contractors] ultimately [bear] the risk associated with any variance in workload from a realistic estimate.” See Medart, 967 F.2d at 581. However, it concluded “it was clearly erroneous for the Claims Court to find that DRMS complied with the requirements of FAR 16.503 by providing historical data.”  The Court ultimately also held that Agility could keep the money it recovered from scrapping as offset by it offered to DRMS and that those moneys did not preclude recovery under the negligent estimates theory.

If you are a government contractor in need of legal advice, contact the experienced attorneys at Whitcomb, Selinsky Law PC.  Call (303) 534-1958 or complete an online contact form.