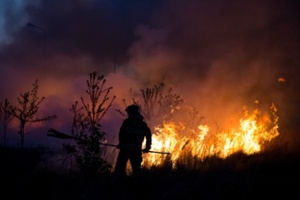 A bid protest, filed by Western Pilot Service (WPS) and three other contractors, protested the Bureau of Land Management's (BLM) issuance of a task order, which in the view of the protester exceeded the scope of the original indefinite delivery/indefinite quantity (IDIQ) contract, and was therefore illegal.

The back story to this protest is that the BLM originally issued two solicitations: one for on-call aircraft services for forest fire suppression and another solicitation for 100 day exclusive use aircraft services for the same purpose. The Department of interior (DOI) originally awarded six contracts for 33 aircraft for the “exclusive use” solicitation. Evergreen, one of the protesters to the solicitation, which is the subject of this article, protested that award. The DOI took quick corrective action and quickly awarded to the same six contractors. Evergreen protested again and this time the DOI opted to cancel the solicitation.

However, prior to canceling the solicitation, DOI awarded 15 IDIQ contracts under the “on call” contract. Because the agency had canceled the “exclusive use” contract, the 15 IDIQs were the only mechanism the DOI had at its disposal to fulfill the requirement for fire suppression during the 2017 wildfire season. WPS and three other contractors protested the award of the 15 IDIQs, alleging that the IDIQ’s exceeded the scope of the “on call” IDIQ and that they were prejudiced by the agency’s actions.

Can The GAO Entertain Protests for Task Orders?

According to the Federal Acquisition and Streamlining Act of 1994, as modified by the National Defense Authorization Act for Fiscal Year 2008, the GAO has jurisdiction to hear protests of task orders that are issued under multiple-award contracts where the task order is valued in excess of $10 million, or where the protester asserts that the task order increases the scope, period, or maximum value of the contract under which the order is issued. 41 U.S.C. §4106(f); see Anteon Corp., B–293523, B–293523.2, Mar. 29, 2004, 2004 CPD ¶51 at 4

For the GAO to sustain a protest of a task order as exceeding the scope of the Multiple Awards Contract (MAC), it must find a material difference between the task order and the original requirements of the MAC. The GAO has held that “Evidence of a material difference is found by reviewing the circumstances attending the original procurement; any changes in the type of work, performance period, and costs between the contract as awarded and the order as issued; and whether the original solicitation effectively advised offerors of the potential for the type of orders issued.” Symetrics Indus., Inc., B–289606, Apr. 8, 2002, 2002 CPD ¶65 at 5. Additionally, the GAO considers the agency’s procurement history to determine whether it has historically procured the task order services under a separate contract. The reasoning here is to determine whether the agency itself views the task order as meaningfully different in nature to the requirements of the original contract.  Data Transformation Corp., B–274629, Dec. 19, 1996, 97–1 CPD ¶10 at 6.

“The overall inquiry is whether the order is of a nature which potential offerors reasonably would have anticipated.” DynCorp Int’l, LLC, supra, at 7–8 (sustaining protest of out-of-scope task order where services required under a task order requirement package (TORP) were not reasonably contemplated when the IDIQ contracts were awarded, even though there was some overlap in the services requested in the TORP and those required under the IDIQ contracts).

In the present case, WPS and the other protesters argued that the dispatch methodology utilized by the agency during the 2017 wildfire season was consistent with DOI practice for at least the past 20 years. The agency did not disagree.

The GAO found it significant that DOI had procured these fire suppression flight services under two separate contracts: one for extended, guaranteed periods at specific locations and the other for surge or emergency on-call needs.

A necessary element for the GAO to sustain any protest, is that the protester must have suffered competitive prejudice. To succeed here, the protester must demonstrate that but for the agency’s actions, “it would have had a substantial chance of receiving an award.” When there is reasonable doubt regarding prejudice, the GAO resolves these doubts in favor of a protester; a reasonable possibility of prejudice is sufficient to sustain a protest. In this case, the GAO found that WPS and the other protesters did not get to compete on an “even playing field” because the competing strategies for the “on call” services and the “exclusive use” services were materially different. For example, offerors for the “exclusive use” contract could spread their costs over the obligatory 100 days the agency would be using their aircraft. However, under the “on call” contract, price was afforded a premium in the evaluation process and task orders were generally awarded to the lowest price offerors.

The GAO sustained WPS’s protest and recommended that the DOI cancel the 15 IDIQs, and either conduct a new procurement under the appropriate competitive procedures or prepare a justification for a sole source or limited competition award. The GAO also recommended that the agency reimburse WPS and the other protesters its reasonable costs of filing and pursuing their protests, including attorney’s fees.

If your company ever finds itself facing a task order that appears materially different from the contract you were originally awarded, please reach out to us for help in preparing your GAO or Court of Federal Claims  level protest. Contact us today to learn more about how we can help ensure you receive the benefits you are entitled to. Please call (303) 534-1958 or complete a contact form on our website.