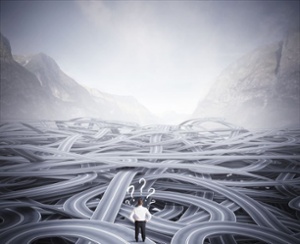 The Trademark Trial and Appeal Board (TTAB) decided the case of In re Sansa Corporation (Barbados) Inc., 2017 WL 3102589. The TTAB is an administrative board that deals with issues arising out of the United States Patent and Trademark Office (USPTO). The TTAB oversees opposition, cancellation, interference, and concurrent use hearings. The TTAB also hears appeals for trademark application rejections from USPTO Trademark Examining Attorneys.

Sansa Corporation (Barbados) Inc. (Sansa) submitted an application for trademark registration of the mark “KICK” in standard characters. Sansa sought to register this mark on the Principal Register under International Class 34, a category that includes “tobacco; smokers' articles; matches” and “tobacco substitutes (not for medical purposes).”

The Trademark Examining Attorney (TEA) reviewed Sansa’s application for the KICK mark. Then the TEA rejected the KICK application, due to similarities with two existing trademarks.

The TEA determined that Sansa’s requested mark was too similar to registered marks for Medallion and Evolv. Referencing 15 U.S.C. 1052(d) of the Trademark Act, the Sansa mark was “likely to cause confusion, mistake or deception.”

After receiving the TEA’s decision, Sansa protested and requested another review. The TEA rejected this request, refusing to reconsider the initial decision. As a result, Sansa appealed to the TTAB.

In considering the likelihood of confusion under 15 U.S.C. 1052(d), the TTAB employed the analytical test from the landmark case In re E. I. du Pont de Nemours & Co., 476 F.2d 1357 (CCPA 1973). Also referred to as the du Pont factors, this test establishes 13 different considerations for determining likelihood of confusion.

To assess the first du Pont factor, the TTAB compared the three KICK marks from Sansa, Medallion and Evolv. The TTAB noted that all three marks involved the exact same word, in typed or standard characters. Moreover, all three marks referred to cigarette-related products. As a result, the TTAB considered all three marks “identical” and likely to cause confusion.

Overall, the TTAB concluded that Sansa’s requested mark was too similar to the registered marks of Medallion and Evolv. The marks were virtually identical. The goods were related and travelled in the same trade channels. As a result, there was a strong likelihood of confusion. Thus, the TTAB confirmed rejection of Sansa’s application for the KICK mark under 15 U.S.C. 1052(d).

Do You Need Legal Advice from an Experienced Attorney?

Navigating the ins and outs of trademarks can be a challenge. There are various legal regulations and considerations at play, which can make it difficult to understand the proper course of action. But a knowledgeable trademark attorney can make all of the difference, helping you avoid pitfalls and resolve any issues that might arise.

If you are in need of assistance with patents, trademarks, or other related matters, contact Whitcomb, Selinsky, PC immediately.