In the past ten years, social media platforms have been the biggest growth story in the world. Controversy usually follows success.  Ask any big business or celebrity.  Social media platforms like YouTube have both.  Twenty years ago scandals played out in supermarket tabloids; now they play out online.  Grainy images and suspiciously unbelievable headlines about Princess Diana and Madonna in the Enquirer have given way to streaming HD video documenting the idiocy of Jake and Logan Paul and the off-color rantings of Felix “PewDiePie” Kjellberg.  The three (Brothers Paul and Kjellberg) collectively have more than 91 Million subscribers on YouTube, with a single video post routinely exceeding 10 Million views.

One of the most interesting evolving controversies involves “demonetization” and other forms of social media censorship that have become noticeable on many social media platforms.  If you haven’t witnessed this censorship directly, you’ve no doubt heard someone complain about it.  The controversy is made all the more complicated (and interesting) by the numerous legal questions that are bubbling to the surface.

YouTube’s “demonetization” policy (denying content creators the customary payments based on views) is especially interesting.  All manner of folks post videos on YouTube, and as the platform grew in popularity and garnered the interest of advertisers, YouTube began rewarding its “content creators” by giving them a share of the advertising revenue generated by views of their videos.  This form of de facto "new currency" seems to have had the desired effect, and greater volumes of progressively sophisticated content has found its way onto the platform making YouTube a huge business.

Predictably, advertisers began demanding order from the chaos, refusing to be associated with content that they deemed offensive.  YouTube has responded with an ever-growing effort to shield its advertisers from association with certain content, assuming the role of a traditional broadcaster.  Through a largely mysterious process they claim is driven by artificial intelligence filters, YouTube selects videos deemed unfit for association with their advertisers and “demonetizes” them.  They still appear on YouTube, their creators are simply denied the financial reward they would otherwise have earned.

YouTube, is of course, a subsidiary of the most powerful corporation in human history, Alphabet (formerly and still conventionally known as Google).  YouTube completely dominates the online video space.  Ironically, an ordinary person would have to use Google to find out who, if anyone, competes with YouTube, and the practical answer is:  no one. 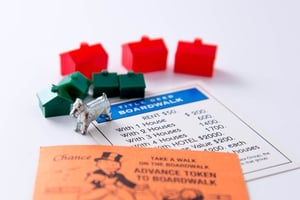 What are the legal implications when a de facto monopoly that is also the world’s largest de facto public forum for all manner of information, run by the world’s most powerful corporation ever, begins to choose political sides?  Or worse yet, push its teen viewers away from PewDiePie and toward Jake and Logan Paul?

A recent lawsuit filed by Praeger University against YouTube last year offers at least one legal team’s insight into the constitutional and commercial issues raised by YouTube’s behavior.  Praeger is a conservative organization that posts right-of-center political content on YouTube, and has not only had its videos demonetized, but many have been placed in YouTube’s “restricted” area as unsuitable for children.  This designation also makes them impossible to search using the YouTube search engine.  Praeger has alleged violations of its free speech rights, both under the California and United States Constitutions, claiming that YouTube holds itself out as a public forum for free speech, and as such is obligated not to engage in censorship.  Praeger also alleges violation of the Lanham Act, based on what it believes are the false claims made by YouTube that it is an open and public forum for the exchange of ideas.

One corporation suing another for violating its first amendment rights looks ridiculous at first glance, especially over the classification of online videos.  However, there is an undeniable truth in the claim made that YouTube is, in effect, the modern public square.  What happens when the public square is owned by a private company?  The intersection of private property rights and the public interest in unrestrained speech raises complicated constitutional issues, but important issues for businesses as well:  if Google has the legal right to control what your customers, subscribers and others know about your business because its platforms are private property, what recourse is available?

The ordinary content creator on YouTube that has been demonetized will probably find their best claim in the Sherman Antitrust Act, alleging that YouTube is abusing its market power to pick winners and losers in adjacent markets.  This claim will be hard for YouTube, and ultimately Google, to defend against.  Consider the case of the aforementioned Jake and Logan Paul and PewDiePie.  PewDiePie has been a routine target of YouTube’s demonetization efforts despite having, by far, the most subscribers on its platform.  Citing his occasionally offensive, perhaps even racist, content, YouTube has demonetized a sizeable portion of his more than 17 Billion YouTube video views.  That’s real money.  Compare this to Logan Paul, who recently was embroiled in controversy for venturing into Japan’s Aokigahara “Suicide Forest,” finding a dead body, and doing everything short of poking it with a stick.  After a brief probationary period, young Logan was released back into the wild to monetize away.  Ironically, several videos complaining about Logan Paul’s behavior were demonetized at the same time the suicide forest video remained monetized.  The Paul Brothers are members of Disney Digital Network, a curator of YouTube talent owned by the Walt Disney Company that has a cozy relationship with YouTube.  PewDiePie, and the others demonetized in the controversy, are not.

While the claims of political bias made by Praeger and others may or may not be true, following the money will be easier in the anti-trust warfare that is all but inevitable as YouTube and Google continue to dominate all things digital.

About the AuthorAndrew Newell

The Value of the Whistleblower Program