The Value of the Whistleblower Program

The Value of the Whistleblower Program May 14, 2020 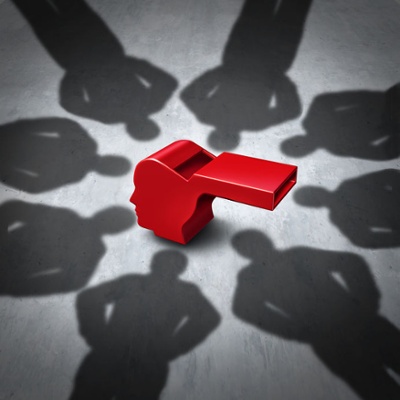 On September 23, 2019, Senators Chuck Grassley, Tammy Baldwin, Joni Ernst, and Dick Durbin introduced the Whistleblower Programs Improvement Act (WPIA), which protects financial whistleblowers who report internally from retaliation. This law mirrors the Whistleblower Protection Reform Act of 2019, which passed in the House of Representatives last spring. It is aimed at clarifying that the Dodd-Frank Act’s anti-retaliation provision should apply equally to employees who report alleged misconduct directly to the U.S. Securities and Exchange Commission (SEC) and to employees who only report alleged misconduct internally to their employers.

“There’s no reason why those who want to report wrongdoing internally should face potential retaliation from the exact people they are reporting to. Internal disclosures can be the fastest and most effective way for a company to remedy problems, prevent fraud and protect investors. Our bill will ensure that those who do the right thing and report violations will be protected,” Senator Grassley said.

The law is currently awaiting the Senate’s vote.

As amended by the WPIA, Section 922(h) of the Dodd-Frank Act would provide broader protection than the whistleblower protection provision of the Sarbanes-Oxley Act (SOX) in that SOX generally covers just employees of public companies and their subsidiaries, affiliates, and contractors. Section 922(h) of the Dodd-Frank Act would cover employees of entities registered with the SEC, a self-regulatory organization, or a State securities commission or office performing like functions.

The WPIA also amends the U.S. Commodity Futures Trading Commission (CFTC) whistleblower protection provision in the Dodd-Frank Act by protecting whistleblowers providing information regarding any conduct that they reasonably believe constitutes a violation of any law, rule, or regulation subject to the jurisdiction of the CFTC.

The whistleblower reward programs at the SEC and CFTC have been effective in combatting fraud and protecting investors. The SEC Whistleblower Program, however, has been delayed in processing awards for applications. It’s estimated that it can take 2-4 years for the SEC to determine whether a whistleblower will receive an award, and that process begins only after the SEC has taken an enforcement action, which is often years after the whistleblower disclosed the violation to the SEC.

The WPIA would require the SEC and CFTC to issue an initial award determination within 1 year of the deadline to apply for an award. The SEC and CFTC would have the ability to extend this deadline for up to an additional year for good cause, such as where an award claim is complex or entails more than one whistleblower.

This new requirement for the SEC and CFTC to make a whistleblower award determination within 1 year of the deadline for applying for an award will apply prospectively and will not impose a deadline on the SEC or CFTC governing the processing of pending whistleblower award applications.

Most recently, on April 3, 2020, the SEC announced its award of approximately $2 million to a whistleblower who provided vital information and assistance that substantially contributed to an ongoing investigation. The whistleblower’s information would have been difficult for the agency to obtain absent the tip. Jane Norberg, Chief of the SEC’s Office of the Whistleblower, stated that the “whistleblower expeditiously reported the information to the Commission and provided valuable assistance despite implied threats from the wrongdoers.” As set forth in the Dodd-Frank Act, the SEC protects the confidentiality of whistleblowers and refused to disclose information that could reveal this whistleblower’s identity.

With these most recent awards, the SEC has awarded approximately $398 million to 78 individuals since issuing its first award in 2012. All payments are made out of an investor protection fund established by Congress that is financed entirely through monetary sanctions paid to the SEC by securities law violators. No money has been taken or withheld from harmed investors to pay whistleblower awards. Whistleblowers may be eligible for an award when they voluntarily provide the SEC with original, timely, and credible information that leads to a successful enforcement action. Whistleblower awards can range from 10%-30% of the money collected when the monetary sanctions exceed $1 million.