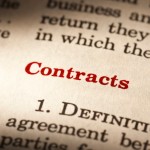 You have won your bid for a government contract after much time and effort.  Suddenly, you find yourself in the middle of a bid protest with either an incumbent who has lost their coveted contract or a contender that you out bid.  If you find your business in this unfortunate position, you should contact the qualified attorneys at Whitcomb Law, PC. Our highly qualified government contracts attorneys will go to work helping you defend against the bid protest and keep your hard-fought government contract.  According to the GAO (Government Accountability Office) who handles a lion’s share of bid-protests, that agency handled nearly 2,500 bid-protests, costs claims, and requests for reconsideration in fiscal year 2012.  The SBA handles bid protests regarding the size of a business and whether it should be considered “small” for the purposes of bidding for government contracts.  If a competitor is contesting whether your business meets the size standards for a small business concern, the attorneys at Whitcomb Law, PC can help defend your small business status.

As a business owner, you may have gone to great lengths to obtain 8(a) status, or endured the rigors of obtaining CVE SDVOSB status. If you believe that a competitor company has erroneously or unfairly won a government contract through misrepresentation, then you may wish to file a bid-protest. In that case, we stand ready to help. We will timely file your bid-protest and litigate that contest through the federal court system, if necessary. However, before we do, we will review your case in order to inform you of whether your bid-protest has merit. If it does, we will immediately go to work helping you to fight for the government contract that you should have been rightfully awarded. Remember, if you lose in your bid for a government contract, your time for filing an objection is limited. So, be sure to reach out to us as quickly as possible. We stand ready to help.

What is a Bid Protest?

A bid protest is a mechanism for an aggrieved bidder to challenge the award of a contract to another bidder. In general, the bidder must have a financial stake in the bid process in order to file a bid protest. The protest itself can take many forms from either an oral complaint to a contracting officer or a more formal written letter or a lawsuit. As many contractors do not want to be embroiled in litigation, it is often best to start with either an oral complaint or letter.

There are three different levels of bid protests:

Each level of bid protest is increasingly serious. However, all protests should begin at the agency leve, (if they are not already required to do so by the particular federal agency.

Requirements for Filing a Bid Protest

Second is the requirement of making a timely filing. Under GAO rules, a bid protest must be filed within t10 days of knowing the basis for a bid protest. This is usually 10 days after the protest bidder learns of the contract award, but it could also be within 10 days of learning about some deficiency in the bidding process.

Third are the grounds for the bid protest. A bid protest can only be made based on a claimed deficiency in the bidding process. The bidding process must be fair and impartial. If the bidder does not believe that the process was fair, then the bidder can file protest. In general, partiality can be proven by the agency giving two different bids different treatment. However, a bidder cannot file a protest simply because the bid did not win the contract.

Filing a protest with the federal agency that issued the Request For Proposals (“RFP”) should be the first step in making a bid protest. Doing this on your own can be daunting and ineffective, this is where working with a reputable bid protest attorney can make a significant difference on the bid protest outcome. While in many cases, a bid protest can bypass the agency and be filed directly with the GAO, there are disadvantages to immediately involving the GAO, such as the higher cost of litigation. It is advisable to at least raise the issue with the applicable federal agency to determine if quick reconciliation is possible.

If the contracting officer is unable to resolve the protest to the satisfaction of the protest bidder, then additional levels of agency adjudication may occur. Many agencies have policies encouraging alternative dispute resolution such as mediation or arbitration for protest disputes. Other agencies have internal resolution policies including either internal administrative courts or appeals to the agency heads. If the agency is unable or unwilling to resolve the protest, the agency will often suggest filing the protest to the GAO.

Regardless of the specific agency procedure for protests, the remedies for filing a protest are generally the same. First, filing a bid protest will result in a stay of the execution of the current contract until the bid protest has been resolved. This needs to be done by a bid protest lawyer to ensure everything is done in a strategic manner. Second, if the protest is found to have merit, it could result in either an awarding of the contract to the protest bidder or at least a new request for proposals. Finally, in certain circumstances, the costs of the bid protest may be covered by the agency.

The GAO has been the primary federal agency responsible for resolving bid protests since the 1920s. While an agency-level protest can be relatively informal, even to the point of raising only oral objections, a GAO filing is governed by specific regulations. A formal GAO bid protest filing must be in writing and may be rebutted by the agency.

Upon the filing of a GAO protest, either the awarding of a contract or the performance of the contract is automatically stayed until the protest is resolved. This stay can be overridden by the agency under certain circumstances, such as the need for timely performance. For example, defense contractors find it more difficult to get an administrative stay of mission critical contracts to stick because defense contracts will significantly affect the nations interests.

A GAO proceeding culminates in a hearing before an administrative law judge, which is almost like a mini trial. At the hearing, both sides will present evidence for the judge to consider. This evidence will include documents and witness testimony. Witnesses may be cross-examine like during an actual trial. The GAO’s own procedural rules are trial-like in nature. After considering all of the evidence, the GAO will issue a decision within 100 days. This deadline is to ensure swift adjudication of complaints.

All of this said, however, the GAO’s remedial power is technically non-existent and amounts to merely a strong recommendation. No federal law actual gives the GAO any power or authority to order another federal agency to do anything. The GAO’s power is merely to make a decision about the merit of bid protest and recommend an action. In almost all cases, the contracting agency will follow the recommendation of the GAO, as any contrary ruling from the GAO would serve as persuasive authority in a subsequent lawsuit brought in the U.S. Court of Federal Claims. The GAO can recommend any course of action that could have been taken at the agency level of dispute.

Filing in federal court is a much larger undertaking than making a case at the agency level or GAO level. First, federal court litigation is lengthy and expensive. Second, filing in the court of claims will often require the posting of a bond with the court. Because the procurement process is time-sensitive, delays can cost the federal government dearly. As a result, protest bidders may need to post a bond with the court, in a sense guaranteeing the outcome of the lawsuit. In the event that the court sides with the protest bidder, the amount of the bond will be returned, but if the protest bidder loses, the amount of the bond is kept by the court to distribute to the contracting agency.

The Court of Federal Claims has the authority to order the contracting agency to do almost anything from reversing the award of a contract and requiring a new request for proposals to awarding the contract to the protest bidder. Unlike the filing of an agency level or GAO level protest, however, the performance of the contract is not automatically stayed. This means that in addition to the filing of a protest lawsuit, the protest bidder must also seek an injunction if it wants to stop the performance of the contract.

The Goals of a Bid Protest: Why File a Protest at All?

There are many different reasons that various businesses would file a bid protest. In many cases, bid protests are filed because the business filing the bid protest did not win the contract. A bid protest can result in the overturning of a contract bid and either a subsequent award to the protest bidder or a non-award with a subsequent renewed request for proposals.

A bid protest can also be used to seek information about the bidding process for subsequent similar contracts. If a contractor loses a bid, it can file a bid protest as a pretext for determining exactly what the government was really looking for in bid submissions so that they can succeed next time and win the bid. Similarly, bid protests may also be filed as part of a larger strategy to pursue future government contracts. For example, assume a solar panels manufacturer has developed new technology it believes is nor efficient than currently-used photovoltaics. The manufacturer may apply for an energy procurement contract for which it does not meet the specifications, but for which it is still a better overall option. The manufacturer’s bid will be rejected, but the subsequent bid protest will result in a closer examination of the manufacturer’s technology, which may not lead to an immediate contract but might encourage the government to widen the scope of future requests for proposals.

Examples of a Bid Protest for Military Veterans

An example of a bid protest filed by a military veteran, or veterans, seeking a contract with the Department of Veterans Affairs (“VA”). Under the VA’s policy, preference is to be given to contractors owned by veterans bidding for VA contracts. This policy is known as the Veterans First contracting program. If the VA hires a contractor that is not run by veterans to perform work, a bidding company that is veteran-owned will likely have grounds for a bid protest.

Filing a bid protest is a legal process that should include the involvement of an experienced government contracting attorney. If your company did not hire legal counsel to assist in the preparation of the bid, your business should consider hiring an attorney to assist in the protest phase.

If you have any questions concerning your rights to file a bid protest with the federal government, take a moment to contact the dedicated and skilled attorneys with Whitcomb, Selinsky, PC. Our law firm is comprised of seasoned attorneys with a deep knowledge of government contracting law. Call us today at 866-476-4558 (toll-free) at (303) 534-1958 or contact us by email.