What is a Tax Inversion & Can it Save your Company Money? 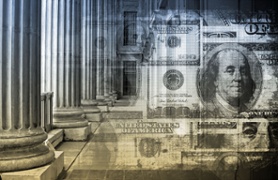 Apple, Inc. made headlines this year when it managed to avoid over $70 million in taxes that the U.S. said the company owed to the federal government. Estimates vary as to the amount of money Apple keeps offshore, but the numbers are consistently in the billions of dollars range.  In fact, forty and fifty billion dollars are numbers seen in some recent news stories on international tax.

The Apple issue is not an uncommon issue with large corporations.  You could replace the name Apple with almost any other famous company (Starbucks, GE, Facebook, etc.), and you’d see similar news stories.  Through access to the best and brightest attorneys, CPAs, and business minds internationally, they utilize international accounts and business deals to avoid paying U.S. taxes.

Inversions are one such technique.  In a tax inversion, a domestic company creates or purchases an international company and then claims that the country in which the new company is located is its domicile country for tax purposes.  The strategy has worked, very well, for many companies over the past 30 years.  But in the words of Bob Dylan: “the times they are a changin’…”

News outlets often hate the perceived unfairness of large companies avoiding taxes when individuals and small businesses tend to do their civic duty and pay their fair share.  The federal government dislikes it because the tax bills these companies are avoiding are huge.  Millions, if not billions (some even say trillions) of dollars are at stake.

Congress is split in its opinions, largely along party lines.  However, there is a growing belief amongst both parties that tax inversions need to be stopped.  Democrats have managed to put forward several bills with strong Presidential backing that are making companies nervous.  The proposed legislation would deem companies who get more than half of their business from the US as US companies for tax purposes.  The more controversial part of the potential legislation is that it would be retroactive to May 2014.

The looming potential that the legislation will pass has lit a fire under many international companies.  Companies have been pushing to create and close deals quickly.  Many like Medtronic and AbbVie (make of the drug Humira) have announced plans for tax inversion deals. If the retroactive legislation does pass, these deals could be subject to financial penalties or could be forced to unwind.

In response to the threat of retroactive legislation, many firms are now protecting themselves by adding clauses to their merger and acquisition deals that allow them to back out if Congress takes prompt, retroactive action. The closer Congress gets to a deal, the faster companies seem to be announcing these deals; the faster companies are completing deals, the greater the urgency Congress feels.  It’s a fascinating circle and should be watched closely by anyone engaged in international business or trade.

All of the companies that make headlines for their international tax reducing ventures have counsel that assists them in weighing the risks and legalities of moves they make; and you should, too.  Representation can be even more critical for small to mid-sized businesses that can sacrifice entire operations if they make a faulty move.

The attorneys at Whitcomb Law, P.C. can provide sound legal counsel for your international business transactions.