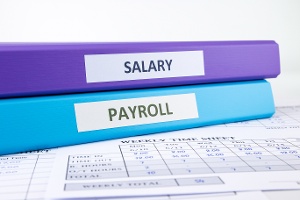 A group of plaintiffs that included Tiffaney L. Mayes filed a complaint with the Wage and Hour Division of the United States Department of Labor against Excelsior Ambulance Service, Inc. and James A. Graham, M.D. when they discovered they were being underpaid by the defendant’s business.  According to the Defendants, the Wage and Hour Division concluded the Plaintiffs were improperly classified and sought retroactive pay for the Plaintiffs.

Plaintiffs provided “personal services” to the Excelsior Ambulance Service that included transporting veterans “to various locations.”  The Plaintiffs served as an ambulance service that contracted with the Veterans Administration. The contract between Defendants and the Veterans Administration qualified under the McNamara-O’Hara Service Contract Act (SCA).  In February 2017, the Wage and Hour Division determined the Plaintiffs were entitled to $352,807.40 in unpaid wages.

In July 2017, Plaintiffs filed a Complaint in the Richland County Court of Common Pleas in South Carolina alleging the Defendants “withheld a portion of wages” and “a claim for back wages accrued.” Plaintiffs’ cause of action fell under breach of contract and violation of the South Carolina Payment of Wages Act (SCPWA).  In September 2017, the case was removed to the United States District Court for the District Court of South Carolina.  Plaintiffs stated the
Defendants agreed they owed the Plaintiffs back pay and agreed to pay them back but failed to do so.  The Defendants, however disagreed, stating they did not agree to pay the wages, and instead decided “not to contest the wages the Wage and Hour Division determined” while committing themselves to pay these wages to the Plaintiffs.

The Plaintiffs responded by claiming they did not seek to recover on the alleged private cause of action under the SCA.  They claimed had the Defendants “simply done what they had agreed to do” then “the matter would have been resolved.”  In January 2019, the Defendants argued the SCA bars private rights of action.  They argued that through the Wage and Hour’s administrative proceedings, the Plaintiffs were “paid in full” under the SCA.   Plaintiffs agreed they were paid what was owed by the Wage and Hour Division satisfying their claim of breach of contract.  However, they argued their SCPWA claim remained pending,

The SCA applies to contracts of over $2,500 made by the Federal Government that have its principal purpose of “furnishing of services in the United States through the use of service employees.”  The SCA states that the Secretary of Labor shall administer the SCA.  It states, “the Secretary or an impartial representative designated by the Secretary may make decisions, based on findings of fact, that are necessary to enforce the SCA.”  The court noted Danielsen v. Burnside-Ott Aviation Training Ctr., Inc., 941 F.2d 1220, 1226 (D.C. Cir. 1991), which exemplifies how federal courts have held that “state law claims may not serve as additional vehicles to vindicate injured employees’ rights.”  It also indicated that the SCA preempts state laws that would allow claimants additional relief alongside the SCA.

The court held that the Plaintiffs’ claim under SCPWA curtails the enforcement authority granted to the Secretary of Labor and the “overall administrative scheme set forth within the SCA.”  It agreed in favor of the Defendants and held the Plaintiffs’ were third-party beneficiaries to the contract between the Defendants and the Veterans Administration.  The U.S. District Court also concluded that the Plaintiffs’ wages were governed by the SCA and limited to enforcement by the Wage and Hour Division, which precluded private action.

In March 2019, the U.S. District Court of South Carolina dismissed the Plaintiffs’ Motion for Judgment as moot. For more information on claims related to the Service Contract Act, or for help to file legal action against the Federal Government for contract services, contact Whitcomb Selinsky at (303) 534-1958.