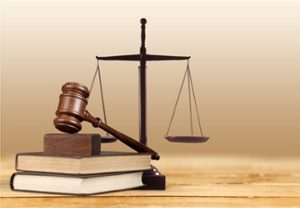 The Civilian Board of Contract Appeals (CBCA) decided this case involving E & A Restoration Inc. v. Department of the Interior, 2017 WL 3114028. As part of the General Services Administration (GSA), the CBCA hears various cases concerning federal agencies in the executive branch. Under the Contract Disputes Act(41 U.S.C. 7101-7109), the CBCA conducts dispute resolution between government contractors and agencies.

A Consolidated Effort to Hear Cases

The CBCA was established on January 6, 2007, in accordance with Section 847 of the National Defense Authorization Act for Fiscal Year 2006. After its formation, the CBCA consolidated the authority of eight different governmental bodies – the contract appeal boards of the Departments of Housing and Urban Development, Interior, Labor, Energy, Transportation, Veterans Affairs and Agriculture as well as the General Services Administration.

The CBCA has authority to hear cases involving all federal government agencies, except for the Department of Defense, the National Aeronautics and Space Administration, the United States Postal Service, the Postal Regulatory Commission and the Tennessee Valley Authority.

The CBCA also promotes the use of alternative dispute resolution (ADR) techniques to resolve disputes quickly, effectively, and at low cost. Employing various practices to streamline regular case procedure, the CBCA encourages all parties to resolve conflicts out of court.

Background of a Joint Motion to Settle Disputes

In 2012, the Department of the Interior (DOI) awarded Contract INP12PC00079 to E & A Restoration Inc. (E&A). The contract was classified under NAICS code 236220 for “Commercial and Institutional Building Construction.” The total value of this firm-fixed-price contract was $8,712,580.

Sometime after the contract award, a dispute arose concerning this contract. E&A appealed to the CBCA for review and a final determination.

Before the CBCA could review this case, the parties were able to resolve the dispute with a settlement on June 19, 2017.

Do You Need Legal Advice from an Experienced

Navigating the ins and outs of government contracts can be a challenge. There are various legal regulations and considerations at play, which can make it difficult to understand the proper course of action. But a knowledgeable government attorney can make all of the difference, helping you avoid pitfalls and resolve any issues that might arise.