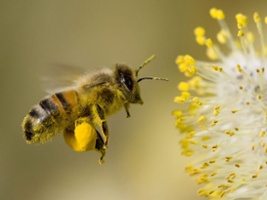 Are Government Contracts worth the hype? This week brought with it two notable news stories in the world of government contracts and procurement.  The first ties into an ongoing international tax law issue and the second involves labor laws.  What are these news stories?  Will they impact your current or future business?  Only one way to find out.  Keep reading…

No Taxes, No Contracts

Tax inversions have been a hot international tax law topic over the past few months.  In short, a tax inversion is where a US company merges with, buys-out, or forms a new foreign corporation in order to utilize the new corporation’s country as its headquarters and country of origin for tax purposes.  It is considered by many to be a way of dodging US taxes. Congress is not happy about the frequency at which these tax inversions have been occurring and is working on legislation to stifle them.

Government contracts were brought into the discussion this week when Democrats proposed the No Federal Contracts for Corporate Deserters Act.  Yes, confirmed by the Washington Post article on the topic.  In the view of one of the bill’s supporters, Representative Rosa DeLauro, “[t]he federal government has been subsidizing this bad behavior by continuing to reward inverted companies with lucrative federal contracts.”

It is unclear if the bill will pass, but there is strong support for putting an end to inversion from both Congress and President Obama.  Tying it to government contracts, which as discussed in an earlier blog post can be very lucrative, may prove to be a strong incentive.

The typical counter argument from companies who utilize inversions and other tax avoidance techniques is that they are taxed too much in the US and would be unable to effectively carry on operations without taking some measures to avoid the taxes.  Obama hasn’t let these concerns go unnoticed and has voiced support for restructuring the corporate tax system in a way that lowers the rate and simplifies the law.  For now, we just wait and see.

The other big development in the area of government contacts this week was an executive order signed by Obama that requires that companies doing business with the US government to disclose labor-law violations for a three-year period.  Labor law violations are currently and will continue to be considered as a factor when awarding government contracts because as the President stated, “[o]ur tax dollars shouldn’t go to companies that violate workplace laws.”

What the order increases is transparency.  Companies covered by the order will have to affirmatively report enumerated federal and state labor law violations, making it easier for reviewing officials to see a company’s track record.

Many of the companies that will be subject to the new disclosure requirements are not happy.  They believe that the order will serve as an incentive for frivolous litigation against businesses as well as favoritism by the government in awarding contracts.  It is unclear whether there is any evidence to back up these fears.

If you’re a domestic or international company looking for legal advice for your business, turn to the attorneys at Whitcomb, Selinsky Law, P.C.