When Is A Defective Solicitation Protest Too Late?

York Telecom Corporation (Yorktel) filed a defective solicitation bid protest on May 12, 2015, challenging NASA’s stated intention to cancel the contract Yorktel had previously been awarded. The solicitation for “certain information technology products and services,” labeled the SEWP V contract, was a total small business set-aside for companies satisfying the size standard of 150 employees or fewer. Unfortunately, the solicitation contained an additional clause, which stated that offerors must satisfy the size standard of 500 or fewer employees pursuant to the “non-manufacturer rule.”

The portion of the contract for which Yorktel was competing fell under NAICS code 541519, Information Technology Value Added Resellers. According to the SBA, the small business size standard for that NAICS code is 150 employees. Again, as stated above, the solicitation included a phrase which read “However, the small business size standard for a concern which submits an offeror in its own name, but which proposes to furnish an item which it did not itself manufacture, is 500 employees.” NASA conducted a Q&A period in which it instructed offerors that it must have fewer than 150 employees to satisfy the size standard.  NASA issued 12 separate amendments related to the solicitation. In three of those amendments, seven, eight, and 10, NASA included a link to the website where offerors could find questions and answers for the procurement. 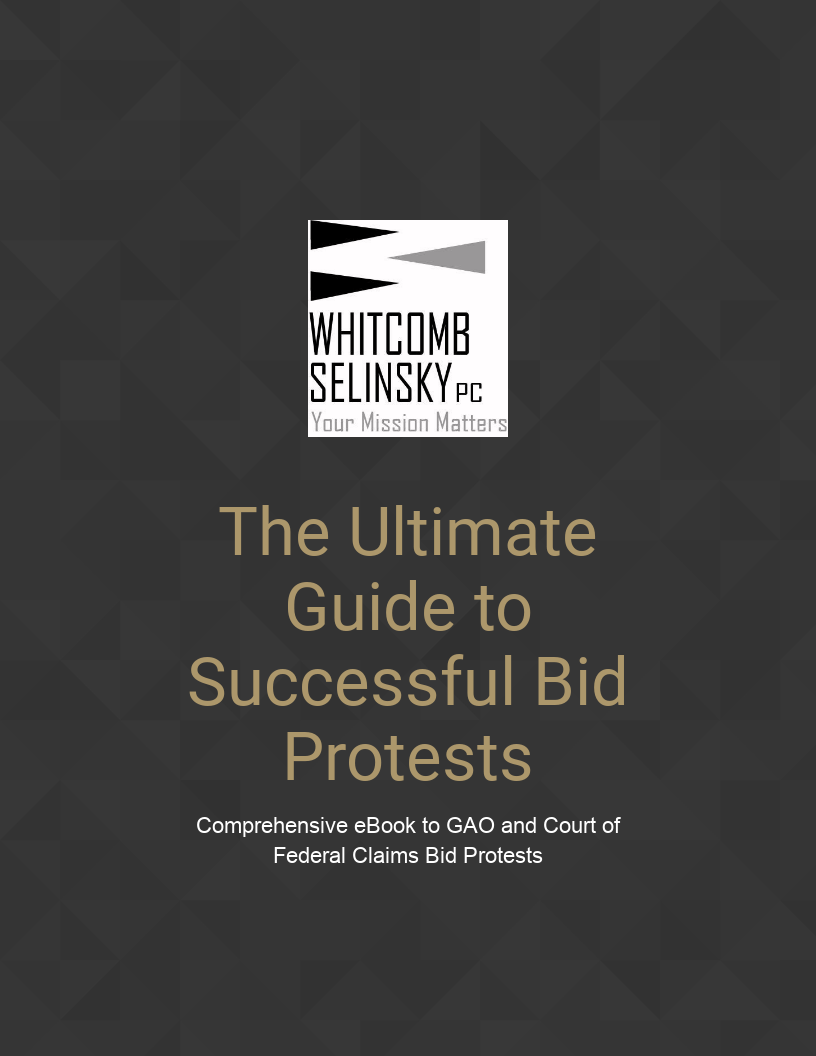 Yorktel submitted its offer to NASA on December 16, 2013 and stated that it was a non-manufacturer and employed between 150 and 500 employees. On April 10, 2015, NASA issued an award of the SEWP V contract to Yorktel, but canceled the award 11 days later “because the agency misinterpreted Yorktel size as an 150 employees or less.” NASA referred the matter to the local SBA office for a size determination, which ultimately determined that Yorktel did not satisfy the small business size standard for NAICS code 541519. Yorktel appealed the SBA size determination to the OHA which determined:

(1) the inclusion of FAR 52.212-1 did not impose a 500 employees size standard on non-manufacturer and offerors.

(3) Yorktel failed to comply with the requirements in the statutory non-manufacturer rule and, thus, could not seek the protection of the rule.

In Yorktel’s complaint to the US Court of Federal Claims (COFC), it challenged NASA’s determination that it was ineligible for award due to its failure to meet the size standard set forth in the solicitation. Specifically, it argued that the defective solicitation provided for a 500 employees size standard for non-manufacturers and that it was in fact a non-manufacturer. The Government countered that the Court should dismiss the matter on jurisdictional grounds because Yorktel was an awardee and because its defective solicitation protest was untimely. The court made quick work of the Government’s assertion that it could not review Yorktel’s protest under the Tucker act stating Yorktel had standing to pursue its claim as a violation of procurement law. However, the court held that Yorktel’s complaint was untimely because it essentially protested the language of the defective solicitation and any such protest are required to be filed prior to the submission date set forth in the solicitation.

The court, in its legal analysis, determined that Yorktel had waived its challenge to the RFP size standard because “an offeror wishing to challenge the terms of a solicitation must do so before offerors are due.” The court also pointed out that when a solicitation “contains a patent ambiguity, an offeror must bring the error to the attention of the contracting officer prior to the close of the procurement process or otherwise waive the ability to pursue the claim in this court.” While Judge Griggsby acknowledged and even pointed out that NASA’s responses to questions about the size standard created further ambiguity, “Yorktel had the obligation in this case to raise the patent ambiguity in the RFP regarding the appropriate size standard before the end of the procurement process.” Because Yorktel failed to do that, the Court of Federal Claims dismissed its complaint as untimely.

Yorktel’s Bid Protest Unsupported by the Solicitation and Applicable Law

If Yorktel and its lawyers were to get any consolation from the court’s ruling, it was that even if the protest had been timely filed, it was unsupported by the law. The court interpreted the conflict between the two provisions found in the solicitation as to be no conflict at all. “When read in its entirety, the Court construes the above provision to require that a nonmanufacturer first meet the 500 employees or less size standard to compete for the contract and to also impose the more restrictive size standard of 150 employees or less under the NAICS code in order for the non-manufacturer to be eligible for contract award.” York Telecom Corporation, Plaintiff, v. The United States, Defendant., No. 15-489C, 2017 WL 149960, at *13 (Fed. Cl. Jan. 11, 2017).”

I have had many unfortunate occasions to inform my client that it is too late to file a bid protest. On rare occasion, that happens when I have learned too late that a contract award was more than 10 days ago. More often, I am forced to have this conversation when the language of the solicitation is flatly confusing or misleading, but the date for offer submissions have passed. Intuitively, we would like to think that if the Government’s error is obvious on its face, then it is never too late to correct, but that is simply untrue. The courts have ruled that even the most egregious errors have an ending point for which offerors and potential awardee’s can seek redress. If your gut tells you that something is wrong with the solicitation when you first read it, listen to your gut. It is better to spend a few minutes with legal counsel to determine if you’ve got the basis for a bid protest than to wait too long and find out you were too late.

Capital One Sued to Obtain Return of Garnished Wages