Base Selection for the U.S. Space Command is Halted 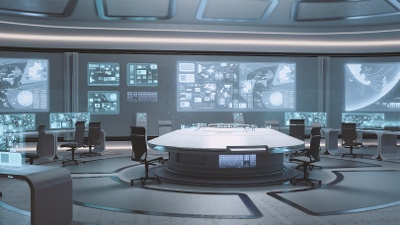 On March 4, 2020, Secretary of the Air Force Barbara Barrett announced that the service will restart the base selection process for the U.S. Space Command, tossing out a list of finalists that heavily favored Colorado. 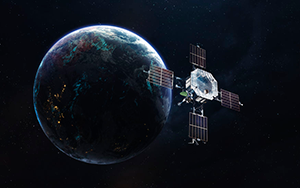 In a recent statement, General John “Jay” Raymond, the commander of the newly-formed U.S. Space Force, said that since last year two Russian satellites have been demonstrating “unusual and disturbing behavior” while following a multibillion-dollar U.S. spy satellite in orbit. Launched in November of last year, Kosmos 2542, an inspection satellite, released a second smaller spacecraft. The two Russian craft have been orbiting in the same plane as a satellite operated by the National Reconnaissance Office called USA 245, which has been in space since 2013. The two Russian spacecraft performed a series of maneuvers to get closer to USA 245, with a probable purpose of inspecting the spy satellite.

The fear is that Russia or China could obtain information about secret U.S. satellite technologies and/or attack U.S. satellites to gain advantages in a ground war. Wargame exercises conducted by the U.S. and its allies have repeatedly demonstrated that taking out U.S. Global Positioning System (GPS) and military communications satellites would have a devastating effect on military combat operations, rendering unmanned aerial vehicles (UAVs) incapable of navigation, and shutting down the military’s ability to communicate with deployed combat troops.

Does Russia have the legal right to make close approaches to U.S. satellites, and in some cases to bring its spacecraft close enough to touch a U.S. satellite? The law on this point is unclear. None of the space treaties that the United States and Russia are party to prohibits close approaches. Article III of the 1967 Outer Space Treaty, however, does say that “States Parties to the Treaty shall carry on activities in the exploration and use of outer space, including the moon and other celestial bodies, in accordance with international law, including the Charter of the United Nations . . . .”

Interfering with the operation of a United States satellite would violate the non-interference principle, but does observation and touching a satellite without damaging it constitute interference? Probably not. Thus, from a legal perspective, current law does not address United States concerns about observation of and possible damage to critical national security, navigation and communications satellites.

The author of this blog post is currently writing United States legislation entitled the “Space Pioneer Act.” This legislation will include homesteading, mining law and salvage law. It also writes into law the concept of a safety zone. Safety zones are areas around space objects wherein the United States will exercise limited jurisdiction for the purposes of directing navigation and ensuring the safety of the space object and any human or robotic crewmembers or inhabitants. U.S. and Russian space lawyers have written academic articles in support of this concept, and the author is not aware of any published professional article that argues against the concept. The Russians call it a “keep out zone,” but the concept is the same.

The Space Pioneer Act defines safety zones. It also states that entering a U.S. space object’s safety zone without permission and in the absence of an emergency is a violation of United States sovereignty. The exact size of U.S. safety zones will be specified in implementing regulations and will vary in size depending on the type of activities conducted within the space object, the number of human and/or robotic crew members, passengers or inhabitants, and how much transportation traffic the space-object activities will generate. The legislation further states that United States entities shall not enter the safety zones of any space vehicles or satellites of any nationality without the permission of the space object operator. These laws will ensure that U.S. spacefarers comply with international law, and will address the United States’ concerns about observation of national-security space assets and potential attacks on U.S. satellites.

Author Wayne White is currently working with a Congressional staffer as he continues to write the Space Pioneer Act. Mr. White anticipates that the Act will be passed with bipartisan support. After the Space Pioneer Act becomes law, Whitcomb, Selinsky attorney Wayne White will be available to advise your company regarding the Act. Please give us a call at Whitcomb, Selinsky if you have questions.
END_OF_DOCUMENT_TOKEN_TO_BE_REPLACED
0 Comments Click here to read/write comments